Why is Humor Important in Society 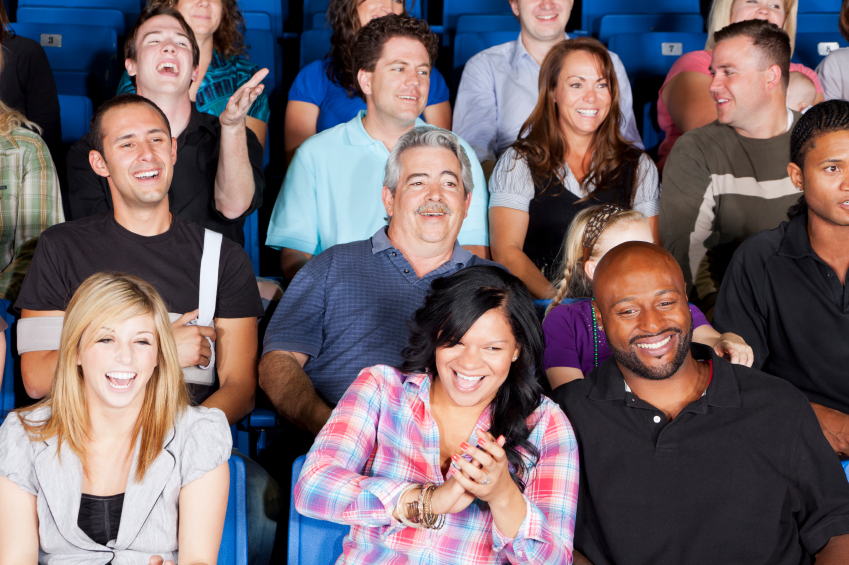 There are over 6,000 different spoken languages in the world, but there is only one that we can all mutually agree on being universally understood: the language of laughter. It’s true! You can get a bunch of people together in a room, not one of them speaking each other’s language, and unless they’re really good at playing charades and mimicking gestures, they won’t understand anything anyone is trying to say. But play them a video of a guy leaving the men’s room at a restaurant with a piece of toilet paper dragging behind his foot and they will all burst out laughing. That’s the beauty of humor; no words are needed.

Because of its ability to be widely used and accepted, humor presents an important pillar in influencing the development of society as a whole. Humor is just one of the many common forms of human communication and social interaction, so it is clear how its social character, although not always evident, plays an important role in the shaping of society. Every day, we come across funny stories being told at work by our colleagues, sit-coms on evening TV, and we face so many humorous situations that affect our lives one way or another, whether we’re aware of it or not. All these humorous varieties are closely related to the social and cultural values of society as an entity.

Nowhere has the essence of humor been expressed as freely and with greater empowering influence as in stand up comedy. Comedians have come to see from personal experience that comedy is able to bring out new ways for people to think and act upon. Offering a different perspective into current social events, it encourages people to question their own values, beliefs, and acceptance of the norms of society. For example, one of the most popular subjects with comedians today is homosexuality. The good thing about this topic being discussed and mocked so much is that it opens up a whole new perspective to be contemplated and understood by individuals. Joking about it goes deeper than just a laugh; it brings it closer to us because it’s going on right around the corner. It’s impossible not to think about it, and that’s the whole point.

Of course, comedians have always been attracted to such taboos that are not as openly discussed publicly because of the sensitivity of the subject. Racism, the (in)equality of genders, politics; are just few of the favorites that are regularly discussed by proven veterans such as Kevin Hart, Louis C.K. and Bill Burr. Their jokes sometimes come as close as personal insults, but the audience doesn’t really take it to heart because when it’s on stage, they don’t feel it’s targeted directly at them and they just go along with it. If it were any other situation, things could easily get out of control and turn laughter into anger, and maybe even violence. But these guys know exactly how to creatively express themselves in a harmless way that gets accepted and what’s more, applauded.

Live comedy as performed by stand up comedians of the sort greatly differs from TV or film humor. People who come to see these shows can easily develop a feeling for belonging, being a part of something bigger. Each member of the audience will feel that by laughing, they are in fact, the same just as any other participant in the whole thing. We are all much more similar than we think. Once we enter that bar or wherever it’s taking place, there are no more differences between class and social status. The heart surgeon will laugh just as much as the immigrant builder sitting in the next row. The performer speaks for everyone with a voice that pushes them to understand that even after they leave this place, deep down they are all basically the same: human.

But while performers on stage get to experience a personal, one-to-one interaction with their audience, the director, the actors, and everyone else from the crew involved with the making of the film will only get the chance to see the effects of their work at some later time. Either way, each comedic performance delivers a specific message which can have a positive impact of its own on the audience’s understanding and feelings towards certain social matters that concern them. Even if the reviews after the film premiere turn out to be negative, the good thing is that it was able to trigger any kind of reaction, affecting a number of different social subjects and people’s own viewings towards prejudice and stereotypes.

There’s an educational side to humor, as well. It has been scientifically proven that it helps with memory. Just think of the funniest mishaps from elementary school that you still remember to this day and you’ll see how much it makes sense. The logical explanation is that humor triggers a positive reaction in our cognitive memory, forcing our brain to remember it because it has developed a positive feeling in us. Given these medical facts, it is only natural humor also has the ability to make us wonder in the sense of posing ourselves questions related to what is being discussed. The more it gets us to thinking about the outcomes, the clearer it is to see that it has achieved its goal: to educate, to deliver, and to help shape our understanding towards society as a whole.

Eventually, humor is and always will be a social concept. Its impact on changing the attitudes of human society become more and more evident every day as its exposure in our lives constantly grows. The Internet, the TV, the newspapers are filled with countless shapes of comic humor; we watch and read more and more funny things with no serious conclusion that they’re actually shaping our lives, one way or another. The unbiased deliberation of numerous controversial topics that hadn’t been done so earlier has opened the opportunity to positively alter our delusional understandings towards certain issues. It’s going to take a while longer before people start accepting this self-imposed role of humor, but the positive changes are greater and more evident every day.