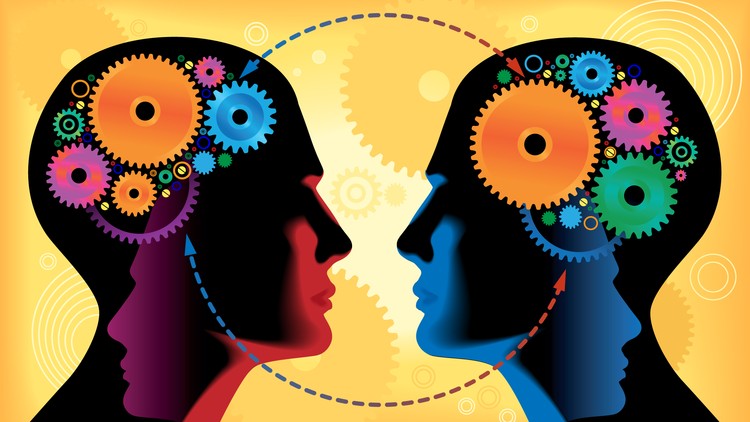 Now you can officially use the “I’m funny because I’m smart!” phrase as an excuse the next time someone criticizes your well-thought, witty humor as being too much. Numerous studies throughout the past four decades have showed that people with a very good sense of humor do, in fact, have higher IQ than others. But before you get all full of yourself, please have the following in mind: being funny is just one of the many attributes typical for a person that can be characterized as smart. Therefore, not having a highly developed sense of humor doesn’t necessarily have to mean you’re below-average intelligent.

According to science, there is a strong relationship between humor and intelligence. This interest among scientists in the correlation between the two is no recent thing either; scientists began researching the subject as early as the 1920’s only to discover that humor challenges both creativity and intelligence, but it wasn’t until the 1970’s when it really went into greater depth. And while creativity comes somewhat naturally related to humor, its bond with intelligence might come a bit more as a surprise. Of course, long before this revelation, scientists, psychoanalysts and sociologists were already familiar with the term of “emotional intelligence” which defines people with a good sense of humor as being better at conducting social interactions and establishing relationships with others. This thought-provoking finding only triggered further interest into studying the subject more deeply in the following period.

In the 90’s, research was more focused on discovering the medical reasons behind humor. Studies on the human brain showed that humor was also closely related to a person’s ability to solve problems. One such study conducted by biologist M. Johnson had the goal to test people’s perceptual and motor skills along with their capability to actively understand humor. Participants whose right brain hemisphere (the one inducing the creative and problem-solving skills) was more developed tended to show a more advanced sense of humor as well. The turn of the millennium further confirmed the relationship between the level of intelligence and being funny. Advanced research methods supported previous theories only to reinforce them with more medical and psychological evidence and still continue to be carried out.

Dark humor is another very interesting topic to explore as it is too regarded a mark of high intelligence. Everyone may not appreciate a joke about a mishap at a funeral or a child with deformity, but those who do are apparently smarter than the rest of us. And there’s scientific evidence to back this up too! Dark humor is, by its nature, more complex than other, lighter types of humor and this means that a person needs to possess higher emotional and cognitive intelligence to understand it properly. When someone has a preference towards humor relating to the morbid matters of death, wars and the like, it only means their brain processes them better. Studies have confirmed these people show bigger emotional stability and tend to be less aggressive.

Like it or not, we come in touch with dark humor on a daily basis; you may hear a gruesome joke from a co-worker during lunch break, or hear it on a stand up TV show. Many comedians today are known for their humorous take on dark jokes. They like to give their audiences that factor of awe, disgust, and surprise by touching rather sensitive and controversial subjects, even at the chance of offending someone. You may not be the biggest fan of George Carlin or Frankie Boyle, but you have to give in to their ability to turn even the darkest moments of life into funny jokes worthy of a smirk. This is a true representation of their intelligent sense of humor, deserving each clap of that applause they get.

While most scientists were focused on discovering how the level of human intelligence is affected by humor, others were more interested in when it all actually began and started to look at its evolutionary origins. As it turned out, humor was very important for the mating success of our ancestors. Despite the demand for survival, humans also have another basic instinct: reproduction. Females have a shorter reproductive life than men do, and since they take on the greater burden of carrying the baby and taking care of it, it was only natural they were much pickier when it came to choosing their partner. Such a big decision! In order to stand out, men had to achieve a higher status among their male counterparts; some would fetch more food, others would run faster, and some discovered being funny isn’t bad either – hence the development of a sense of humor.

Thousands of years of evolution later, nothing seems to have changed much with this general concept. It’s no news that the funniest guy usually gets the girl. Even today, individuals who are funnier are seen as more sexually attractive. The evolutional causes behind this phenomenon might explain why females sometimes respond with unarticulated chuckles during conversation to jokes delivered by the opposite sex. Although it seems that the more difficult task falls on the women, it’s quite tricky for men themselves. They need to work extra hard to make themselves likeable and find a suitable partner too. In the words of Mr Big from Sex and the City, “After a while, you just want to be with the one that makes you laugh.”

Convinced or not, you can’t deny the fact that there is a connection between intelligence and humor. The ability to make someone laugh requires a high level of reasoning and the capacity to verbalize it the right way, so it’s not really the dumbest thing in the world. Faced with numerous social interactions every day, we don’t even seem to notice how a simple joke, an anecdote or a comedy on the television affects the process of learning and thinking in our heads. And this is just a tiny piece of the whole story. There’s so much more about humor to be discovered yet, so let’s just hope scientists continue to research the subject as eagerly as they have so far.